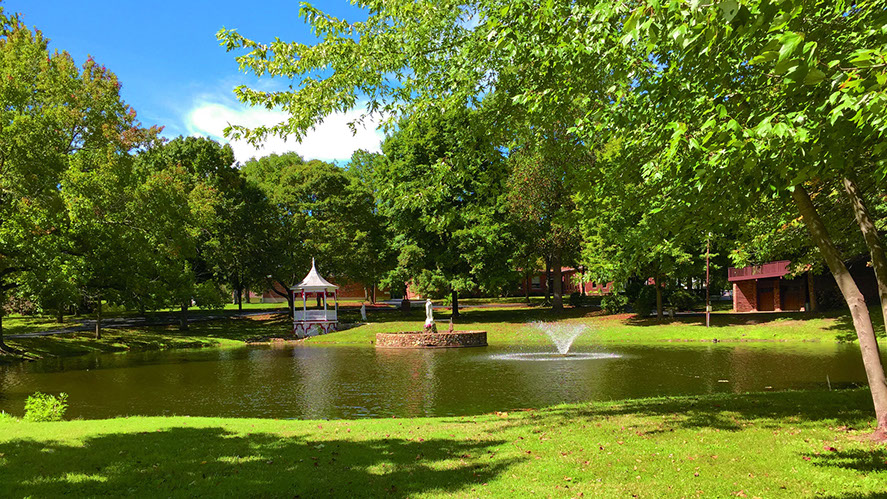 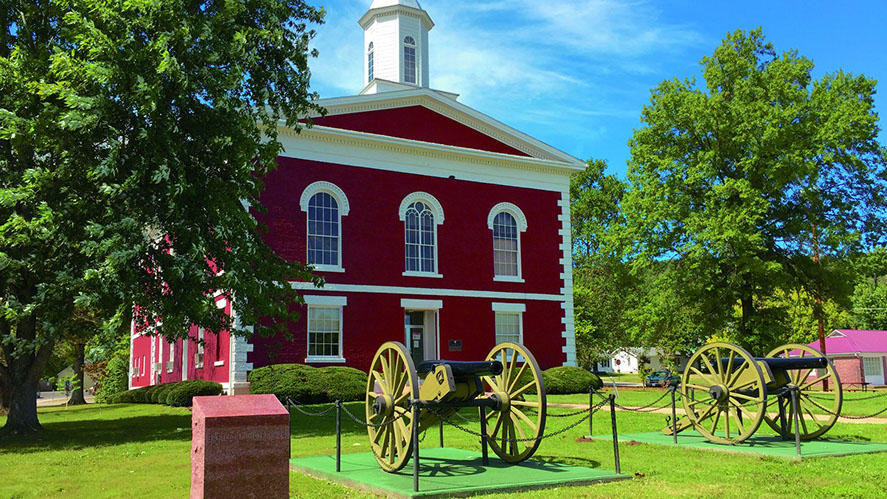 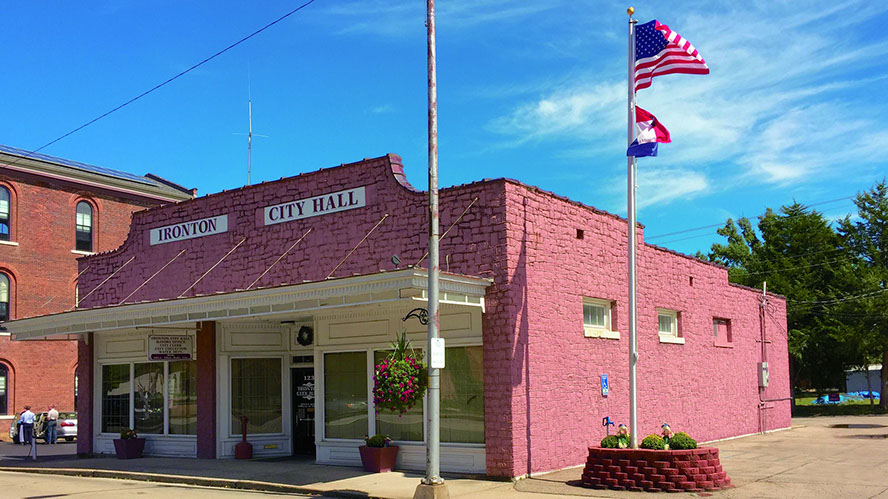 When Iron County was formed in February 17, 1857, the name was derived from its principal mineral.  When the county was organized, H. N. Tong and David Carson who operated a mercantile business at the base of Shepherd Mountain, immediately sprang into action and laid out a town.  They named it Ironton and entered it on the list with Arcadia, Pilot Knob and Middlebrook as competing points for the county seat.  The election took place in 1857.  Ironton was ultimately chosen after the second round of voting, due in large part, to the “sweetened offer” provided by Mr. Tong and Carson after the Welcome to Ironton, Missouri first vote had taken place. Having already cleared and graded a tract of land for town lots, they offered to sell alternating lots, the proceeds of which would be donated toward the building of a court house.  In short, proceeds donated to the county totaled $10,602.68, Ironton was selected, and the historic Iron County Courthouse was built.

To make a payment online click the button below.

Public Meeting to be Held

A Public Meeting is scheduled for Monday, September 26, 2022, at 6:00 pm to discuss the Missouri American Water proposal to purchase the City of Ironton Water and Wastewater systems. MAWC Public Notice

The first phase of implementing the International Building Code in the City of Ironton will be effective August 1, 2022. See this page for more information: Building Code.

Have you heard the buzz about a Local Use Tax for Ironton? Go to the Government tab, and then the Local Use Tax option on the website to get all the information you need!